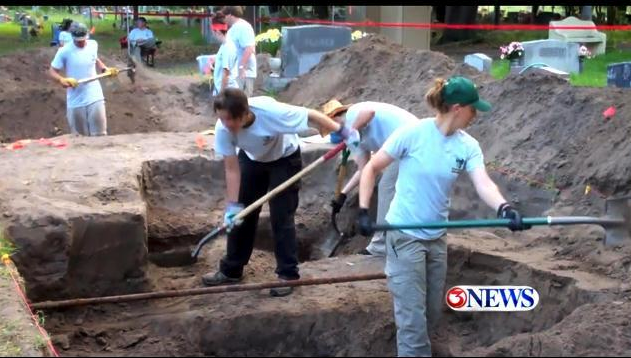 State Senator Juan "Chuy" Hinojosa has called a meeting with Governor Rick Perry and officials in Brooks County to discuss what should be done about mass graves that were found in Falfurrias early this month.

That meeting will take place Tuesday in Austin.

The graves were found by researchers while trying to exhume the remains of illegal immigrants. In the last two weeks, researchers dug up about 52 bodies, many of them inside of the same graves.

The county pays a local funeral home to bury the remains.

State Rep. Terry Canales out of Edinburg has asked authorities to protect the site as they conduct an investigation.

3News contacted the Texas Funeral Commission, which regulates funerals and cemeteries, but we are still waiting for their response.